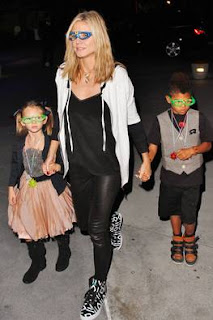 Heidi Klum has recently been seen going to a Kerry Perry concert with her children wearing blue and green glasses, they have been identified as 'Power Rangers' glasses. I never seen those glasses before and I am not sure they are, and the articles don't seen negative.
http://www.3am.co.uk/TeeHee/supermodel-heidi-klum-wears-flashing-91355 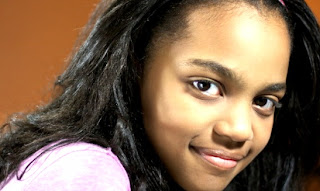 Disney actress Anne McClain ("Ant Farm") says she is looking forward to meeting the Power Rangers at the Macy's Thanksgiving parade which she will be attending. She is from the Disney camp, relatively new so maybe she doesn't know PR was owned by Disney, or maybe she still thinks they are. Anyway, looks like the Disney camp didn't censor it.
http://blog.music.aol.com/2011/11/23/china-anne-mcclain-macys-parade/
Posted by Lavender Ranger at 9:23 PM