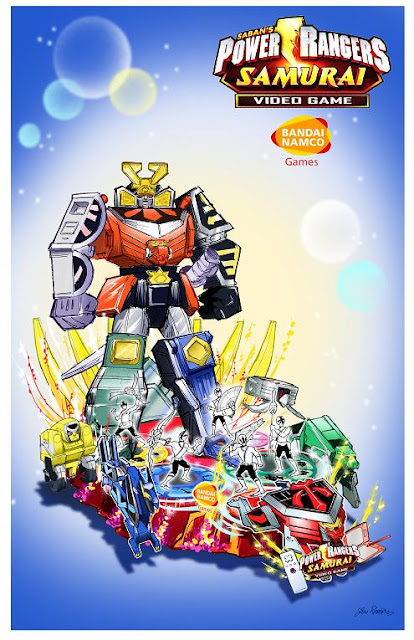 http://www.gonintendo.com/?mode=viewstory&id=167058
For the Wii video game, Bandai Namco games are making a parade float made of flowers for the Power Rangers for the 123rd Rose Bowl Parade January 1st, 2011. I was whining for a Thanksgiving parade float and I got an early Christmas present by seeing this artwork. I can't wait to see the real thing. The article above has one mistake, it says that the six rangers combine their zords to make the Megazord above. Gold Ranger is not in the picture but I am sure he'll appear on the actual parade. My idea on the link below had half of the Megazord but it looks like these people are being much more ambitious by building a flower replica of the whole entire Megazord!!! Wish this was for the Thanksgving parade but oh well.

Related: http://henshingrid.blogspot.com/2011/11/my-float-idea-for-power-rangers-samurai.html
Posted by Lavender Ranger at 9:18 AM