Even though the Power Rangers are very interracial, there are quite a few interracial relationships during the seasons. I know I shouldn't put too much importance on race and that we should look at our similarities more than our differences, but the multi-color cast is a major factor of Power Rangers so I thought a little focus would be interesting. 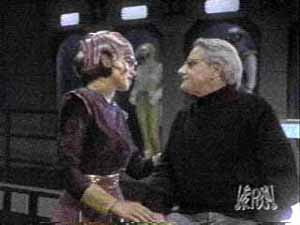 Billy and Cestria (Zeo)
She is an Aquitarian, she becomes Billy's girlfriend and ultimately his reason he moves to Aquitar. 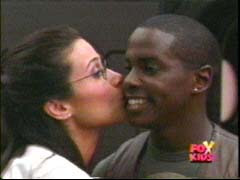 Angela Fairweather and Joel (Lightspeed Rescue)
Joel tried all year and finally got his woman by the end. They got married and were going to their honeymoon by the Time Force teamup. He's African-American and she's Caucasian. 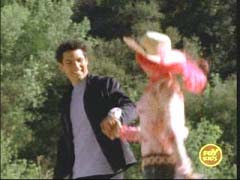 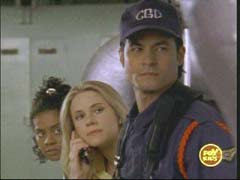 Taylor and Eric (Wild Force)
The first cross-team romance, it only occurred in the two-parter so it didn't really blossom. They were too tight-ass tough asses. Eric was Asian and Taylor Caucasian. 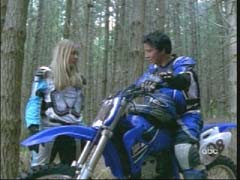 Tori and Blake (Ninja Storm)
They went out on dates and there was clear attraction. But when there was the team-up in Dino Thunder, their relationship was not addressed. Tori was Caucasian and even though not mentioned, Blake was Latino, in real life he's Latino-Canadian. 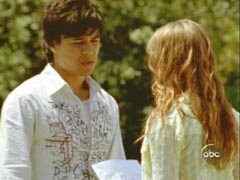 Trent and Kira (Dino Thunder)
There was clear romance in the air between trouble artist Trent and musician Kira, and history was repeating itself with the girl Ranger with the dangerous evil Ranger. There was even jealous in the air when Kira got a crush on Blake. But somehow after Trent became good, the love fizzled out. Trent was Hispanic but his actor is Canadian of Asian origins. 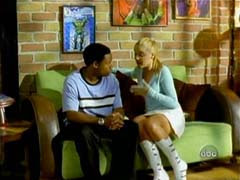 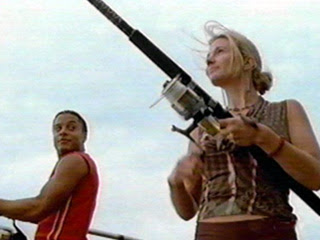 Jack and Ally (SPD)
Even though the SPD identities were public knowledge, she was one of the main reasons that Jack retired. She appeared in the last three episodes. Jack was African-American and she was Caucasian. 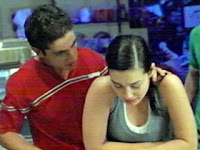 Nick and Madison (Mystic Force)
Madison clearly had feelings for Nick but was much to shy to admit it, even up to the ending. In real life, Nick's actor is part Iranian. There was this whole thing where Udonna was his mother but she was clearly Caucasian and they weren't of the same race, so they had to cast Leanbow to be a close enough skin color as Nick, but fans don't exactly 'buy it.' 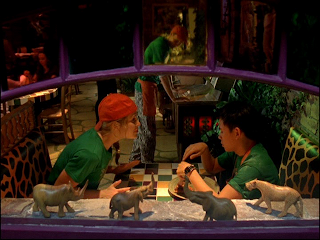 Theo and Lilly (Jungle Fury)
Ah, they were friends for years and Theo clearly wanted to be more than friends, even got jealous of the friendship between her and Casey. In the end, they were going to date. Theo is Asian and Lilly is Caucasian. 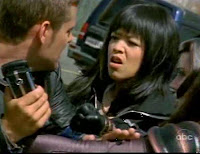 Flynn and Gema (RPM)
Alas, their attraction was only hinted upon in one episode and Gem stood in the way. Flynn was Scottish (actor is Australian) and Gema is Asian.

And maybe Mike and Emily, who knows?
Posted by Lavender Ranger at 8:05 PM

tommy and kat ,tommy and kim,tommy was native american

lily and theo in Jungle fury

ashley and carlo during turbo

not sure if leo was suppose to be latin,if he was him and ginger

T.J. and Cassie in Turbo.