The Future of the Power Rangers

Previously Posted December 7, 2007
In 2002, Disney acquired the rights to the Power Rangers and with that, the rights to adapt the source of the series--Super Sentai from the Toei Company in Japan. Since Power Rangers have still been on the air since 1993, fans were not exactly happy with what Disney was doing with the series. One fact is that Disney's contract with Toei is ending this year. There is a rumor circulating that Disney is planning to stop production with the live-action series and might go animated. There is a large possibility this might come true. 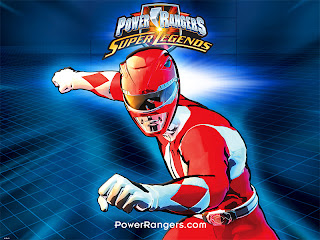 Disney (in general) has not had many fans in the past few years for any of their decisions. Thus going animated with the Power Rangers is not a surprise. Along with the rumor, there is another that the animated series will based on the original "Mighty Morphin Power Rangers," supposedly in hopes of capturing old fans. Since 1996, Power Rangers have followed its source Super Sentai in changing theme, title, plot, and cast each year. Super Sentai is an ongoing franchise since 1975 and has recently celebrated its 30th anniversary. If Disney does choose to go animated, then the newest Super Sentai series won't be adapted to English. This week (of December 7), pictures of the 2008 series have been revealed. 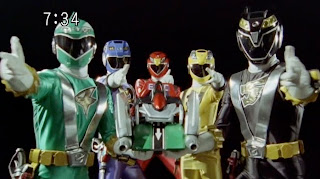 Go-onger has received mix-reviews like 2007's Gekiranger, which is now being adapted into "Power Rangers Jungle Fury." One main reasons the designs of Gekiranger got mix-reviews was that they have no belts, which is a Sentai mainstay. Some fans are happy and some others are calling the costumes and robots of Go-onger goofy and garish. And some joke 'No wonder Disney dropped out.' But this was a long time coming for them to leave because of their contact. Power Ranger fans are notorious for freaking out before anything happens, they have been called worse than Star Trek, and comic book fans all put together. Very often, fans see a new sentai and think it won't get adapted and it does get adapted regardless. I am proudly one of them. hee hee. My family and friends call me obsessed. I for one, I am excited to go what will be the result of all of this.

PrometheusUFO reports a 10-minute animated pilot has been produced. It is said to be called "Power Rangers Morphin' Heroes." There are rumors the animaed series will be just a year and it might go back to live-action. Which makes both PrometheusUFO and I happy that they will definitely have more time to plot out the storyline for the 2009 season from the Japanese source. But it could be they skip Go-onger all together and adapt Sentai 2009 for 2010 and end up the same way. Lemme explain, we fans don't like the squeeze PR producers have to go through by adapting the Japanese footage and their whole series feels so squished. It doesn't help that Disney has reduced 40 episodes to 32 episodes. Super Sentai series since 1998 have had 50 episodes and were merely reduced to 49 in 2005. Now, it is being said that the animated series was not going to be based on MMPR and also that it is canceled. We won't know until June, when Disney reveals the newest incarnation at the licensing fair.

Previously Posted December 7, 2007
on Spanengrish Ramblings
but modified on April 7, 2008

Posted by Lavender Ranger at 12:09 AM