Previously Posted May 28, 2007
Matt Smith was last mentioned as part of the American version of the Tokusatsu series Kamen Rider coming in the near future. They are adapting the most popular series of recent times Kamen Rider Ryuki (2002) into 'Kamen Rider Dragon Knight.' (Somewhat rough translation, though they are keeping the word 'Kamen' instead of 'Mask'.) It was scheduled to premiere February 27, 2008, probably on the Cartoon Network, but it yet to air! About 50 or so episodes have been wrapped up.

Here is Matthew Mullins who will be Kamen Rider Wing Knight. Fans have pointed out how he has comically pronounced 'Kamen' as 'Common.' 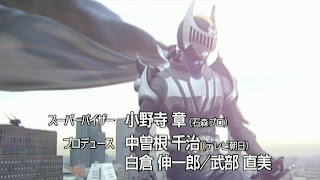 The Japanese character was simply referred to as Kamen Rider Knight.

I believe Ryuki was so popular because the great writing. Both series are centered around one Rider who tried to make peace among a dozen or so Riders meanwhile fight monsters from a mirror world.

He is a five-time World Champion Martial Artist and Second Degree Black Belt. Matt has done stunt work, one as Ted Bundy's stunt double in the 2002 movie and also No Rules. As for martial arts, he also does Tae Kwon Do, Wu-Shu, and Kickboxing.

He is 27 years old and has done some stagework. His acting credits include Adventures of Johnny Tao: Rock Around the Dragon, Bloodfist 2050, Wentworth, Kung Fu Love Triangle, Freshmyn, Light in the Forest, Light it Up and a voiceover for the video game Tao Feng: Fist of the Lotus. 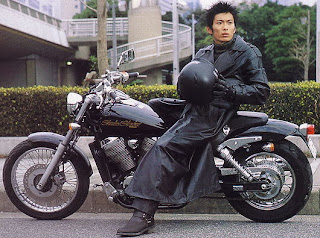 This is his Japanese counterpart Satoshi Matsuda, who is now a singer.
More Official Pictures at Henshin Justice

This is Matthew Mullins who I covered here on Spanengrish Ramblings. In this commercial, a woman slashes his sleeves off and shirt open. He will play Kamen Rider Wing Knight in "Kamen Rider Dragon Knight." He was in two episodes of "America's Got Talent."

Here he is on "America's Got Talent" with the martial arts dance group Sideswipe. He and his group mates are shirtless here.


Previously Posted May 28, 2007
on Spanengrish Ramblings
but this is modified!
Posted by Lavender Ranger at 11:39 PM