Updated 1/13/2016
As you may know by now, I cover a lot about Power Rangers. The Power Rangers are known for their diversity, especially after their faux pas with the Yellow and Black Rangers in the first season. There is a site called The Asian Pacific American Toy Chest that profiles most of the Asian-American Power Rangers, well until 2001. They display the Asian-Americans through the years, I think it also should be good to display the recent surge of Latinos. Some thanks to Disney, since Disney took over in 2003 there has been a Latino in every season. Basically, Hispanics have been every color under the sun. Curiously, since they film New Zealand there is not an African-American or Asian-American in each series. 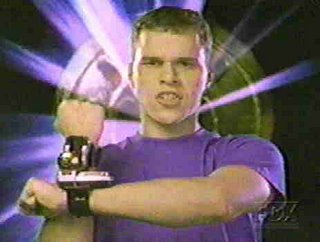 Rocky De Santos (Steve Cardenas)
Second Red Mighty Morphin' Ranger / Blue Zeo Ranger
Not officially Hispanic in MMPR but once the series became Power Rangers Zeo, it was discovered that Rocky had a Mexican grandfather (through the mini-series Alien Rangers). In a holiday episode, he let everyone know about his family's tradition of having a Navidad Pinata. The actor is of half-Mexican descent. 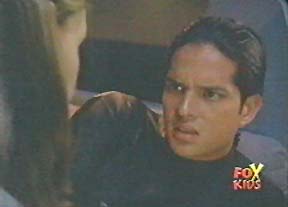 Carlos Valerte (Roger Velasco)
Green Ranger / Black Ranger
Series: Power Rangers Turbo, Power Rangers in Space
Carlos was the first Hispanic who I consider all official because he is Hispanic and the character is as well. He was a very positive character, teaching soccer to kids and was concerned about his teammates. 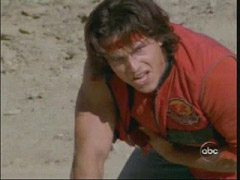 Cole Evans (Ricardo Medina Jr.)
Red Ranger
Series: Power Rangers Wild Force
The actor is of Puerto-Rican heritage but it never was specified that the character of Cole was Latino. He was a jungle boy who eventually discovered found out who his parents were, they were killed by the main villain. His parents were seemingly Caucasian but fans still consider him the first and only Hispanic leader. 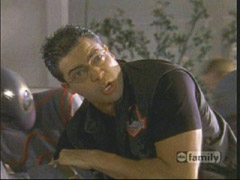 Danny Delgado (Jack Guzman)
Black Ranger
Series: Power Rangers Wild ForceDanny was a sweet and shy young man. His last name and appearance alluded to that he was Hispanic and the actor is indeed Hispanic. After five years, there finally was another Hispanic character. 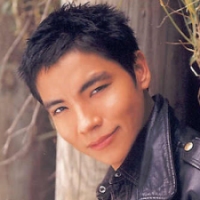 Blake Bradley (Jorgito Vargas Jr.)
Navy Thunder Ranger
Series: Power Rangers Ninja Storm
The actor Jorgito's name is often hard for non-Spanish speaking fans to pronounce but I'm pretty used to saying it because it is my father's name. Jorge is the Spanish version of George. Even though they haven't out and said he was Hispanic but when asked how he and his Caucasian brother were related and they just stared at them and then relied that they were clearly adopted. Nothing about his birth parents or heritage was mentioned. He and his brother opposed the good rangers but it was because they thought their mentor was responsible for their adoptive parent's death. 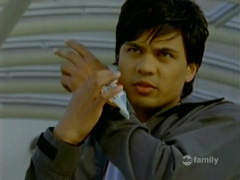 Trent Fernandez (Jeffrey Parazzo)
White Dino Ranger
Series: Power Rangers Dino Thunder
Trent was also adopted, but by a man with a Jekyll/Hyde deal but no mention of his heritage. He kept his Hispanic last name. The actor is Canadian of Filipino heritage. Did I forget to mention that he was an evil ranger but was under the influence of the power of his morpher and a villain. Sound familiar? 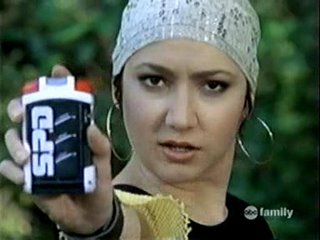 Elizabeth "Z" Delgado (Monica May)
Yellow Ranger
Series: Power Rangers S.P.D.
Even though it is overlooked that Z and her 'brother' African-American best friend Jack were first thief's that later redeemed themselves as police officers, Z is of strong character and a dependable friend. It is only alluded to her heritage in her last name and also when Jack imitated her with a 'latina' accent. She is the first Hispanic female in Power Rangers. The actress Monica May is Cuban-American.

Charlie (Gina Varela)
Red Ranger
Series: Power Rangers S.P.D.
Leader of the A-Squad, she only appeared in two episodes and was said to be Hispanic. Her team went rogue, going on the side of the enemy, Grumm. 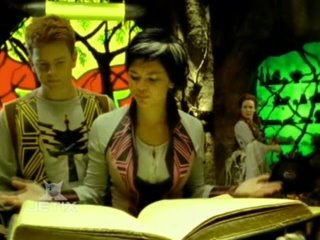 Vida Rocca (Angie Diaz)
Pink Ranger
Series: Power Rangers Mystic Force
The actress is from down under but of Hispanic ancestry, her character's last name is Hiapnic and sometimes says 'chica.' She is one of two sisters, being a first of two Latinas in a series. Vida nicknamed 'V' loves to DJ and very outgoing and stubborn, she has a color highlight on her hair that changes in almost every episode. It has been white, red, pink, yellow, blue, green, and gold. The actress is of Filipino heritage. 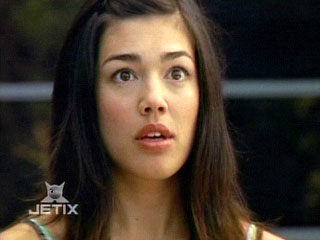 Madison Rocca (Melanie Vallejo)
Blue Ranger
Series: Power Rangers Mystic ForceShe is an unique lovable character that is caring, a bit of introvert that wants to change and please people. She first also with a video camera but that quickly dissolved as the series got into its major story arc. 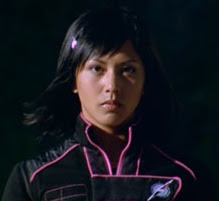 Rose Ortiz (Rhoda Montemayor)
Pink Ranger
Series: Power Rangers Operation OverdriveShe is a Mensa level genius who a library-like brain. The only allusion to her heritage was her father's lucky Mexican-like sombrero (straw hat) she gave to Mac for luck. The actress is of Filipino heritage. She is the second Latina Pink Ranger.

Jungle Fury and RPM had no Hispanic ranger. 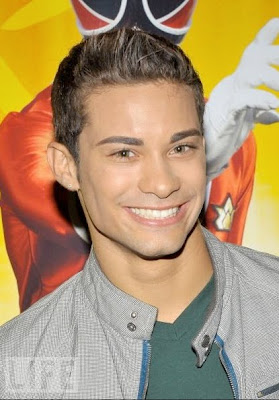 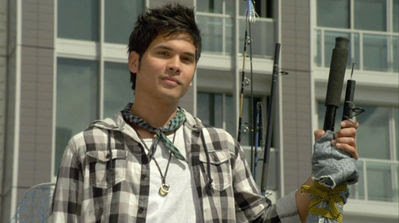 Steven Skyler (Antonio)
Gold Ranger
Series: Power Rangers Samurai
He is a Hispanic character but Steven Skyler is Thai-German-American. Antonio speaks pieces of Spanish with English, known as Spanglish. But in my personal opinion, his Spanish isn't so great. 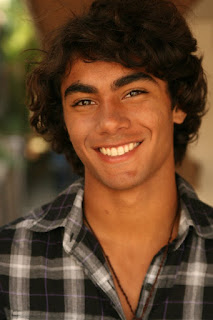 The stupid thing about Power Rangers is that they lack Middle Eastern, South Asian (Pakistani, Indian), or any one from a foreign continent like Latin America, Europe, Asia, or Africa as a Power Ranger, ally, or villain. They all speak English but no second language or beyond. It would be nice if there were people like that.

It is true, not one of them have uttered a Spanish word, except maybe Rocky. Well, the actor who played Nick was part Israeli.

The actor who played Nick was of Moroccan or Iranian descent.

I don't think V and Madisons heritage is mentioned,filipinos can have Spanish Surnames. I noticed lots of the Latino Actors are mostly or Pure Spanish descent(white),the only Native/Mestizo actors are Carlos and Tyler. I think Power Rangers has done good with diversity

To me, I love Monica May! She's my favorite Latina Power Ranger.💛