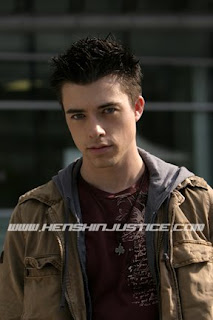 This is Matt Smith and he is 19 and he filmed a pilot attempting to revamp the American version of the Tokusatsu series Kamen Rider.

It was previously unsuccessfully adapted into Masked Rider by Haim Saban of the Power Rangers fame. 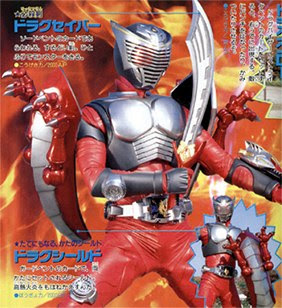 This time they are adapting the most popular series of recent times Kamen Rider Ryuki (2002) into 'Kamen Rider Dragon Knight.' (somewhat rough translation, though they are keeping the word 'Kamen' instead of 'Mask') I believe Ryuki was so popular because the great writing. It centered around one Rider who tried to make peace among a dozen or so Riders who wanted to kill each other to see who was the best meanwhile monsters would come froma mirror world. Trust me, it is much more complicated than that.

He is of German, Irish, Scottish, and English heritage on his Mother's side, and Italian, Hungarian, Polish and German on his father's side. He plays the lead role of Kit/the Dragon Knight, the pilot is being shopped around now and hasn't been picked up yet. 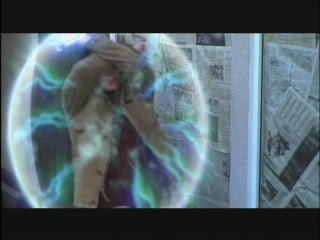 It is being produced by the American Toei company and directed by Steve and Mike Wang. Steve Wang has directed a couple of American Tokusatsu movies like Guyver and has done art direction for Underworld, special effects supervisor for Gremlins 2 and project supervisor for The Devil's Advocate. Steve dropped out of the MMPR: The Movie because of conflicts on production design.

He has previously been on "Drake and Josh" and "Hack."
UPDATED July 25, 2008
He recently played a mannequin come to life in "Wizards of Waverly Place."

Previously Posted February 2, 2007
on Spanengrish Ramblings
but this has been modified!

Posted by Lavender Ranger at 5:28 PM