In doing the two websites, my partner once requested I compared the ranger's personalities, from the original source Super Sentai and Power Rangers but i thought that would too much and on top of that, hard to decide what website to do that on. So I decided this space is an appropriate place for that.
Firstly I will be comparing Mighty Morphin Power Rangers (1993) and Kyoryu Sentai Zyuranger - 1992 (Zyu is pronounced 'Juu', it means 'Beast'). While the first Power Rangers was about teenagers, the original source was much more complicated. They were five cryogenically frozen warriors from five different tribes (hence their outfits) awaken when their rival, the witch Bandora was released.

There was no Zordon or Alpha in Zyuranger, but they had a mentor named Barza, which they used some of his footage to portray Zordon in the past--in the episode "Power Punks" and the special Fan Club video in 1994. 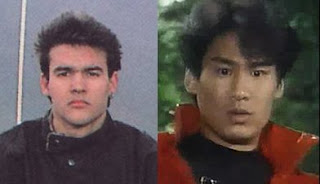 Jason (Red Ranger)/Geki (Tyranno Ranger)
Jason was considered a jock, but he wasn't the typical stereotype which is a stuck-up, mean jock. He was true to the martial-arts type of confident, peaceful and steady. But of course, sometimes he did get competitive. Geki was much more easy-going but a stern leader regardless. When it came to his brother Burai, he wanted to be friends and he had a lot to deal with. He wasn't who he thought he was and had to deal with his brother's vendetta and still forgave his brother and then had to deal with his death. Jason was equally hurt when Tommy lost his powers. 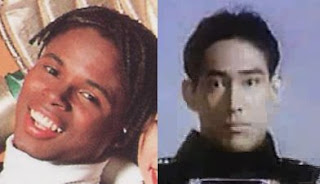 Zachary Taylor (Black Ranger)/Goushi (Mammoth Ranger)
Zack was a happy-go-lucky joker that invented hip-hop kido, a combination of dancing and martial arts. Goushi, was strong and angry, mostly for Bandora (Rita) responsible for his sister's death. They were different in seriousness. Zack would get serious when his friends were in danger. He also chased his lady love Angela, which he eventually did get. 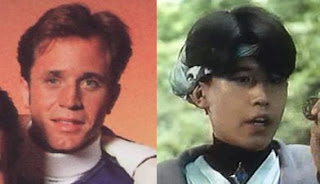 Billy (Blue Ranger)/Dan (Tricera Ranger)
Dan was flirtatious with girls, and acted before thinking, while Billy was all thought and was nervous when it came to girls. Billy started out as a techno-geek capable of inventing wild and super-advanced inventions. He gradually grew into a more confident intelligent man, eventually dumping his trademark eyeglasses. They were different in confidence and they were both comical in different degrees. 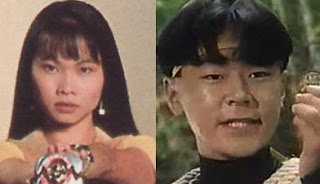 Trini (Yellow Ranger) / Boy (Tiger Ranger)
The most obvious difference is that Trini is a girl. Trini was everyone's favorite, a confident and strong woman. Although she had a fear of heights, she got over it and honor was always important to her. And don't mess with her family members! Boy was a plucky young warrior who was of course childish and also, nervous when it came to girls but always obliged to help them. Trini was nervous when it came to boys, primarily Richy. 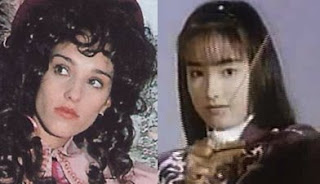 Kimberly Hart (Pink Ranger) / Mei (Ptera Ranger)
Kimberly has always been thought of as a flaky valley girl, but in reality she was quite strong and resourceful (She landed a plane with Alpha's voice helping when her pilot uncle was drugged). She had to be pretty smart to know Sign-Language (she knew it to communicate with her friend Melissa in Season 1), it is not that easy--believe me. She also had to put up with her parents being divorced and her mother dating again. She always had her parents as her dream couple. She also loved Tommy very much, he was her first love and kiss. Mei was the 'girl' of the Zyuranger and also a warrior princess. She was the heart of their group. 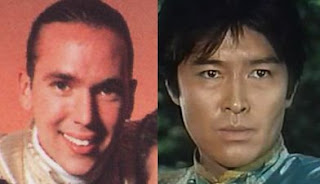 Tommy Oliver (Green Ranger) / Burai (Dragon Ranger)
Burai was bent on revenge on his blood brother because he was jealous and felt his family's honor was in jeopardy. He sided with Bandora and fought the Zyuranger and she took advantage of him. Eventually, he turned to the side of the good guys but unfortunately he was dying because of the manner in which he was cryogenically frozen. Burai died and passed his powers to his brother. Tommy, on the other hand, was a goody-goody martial-arts student that took that seriously and was hopelessly in love with Kimberly and was put under a spell to be evil by Rita. After the spell was broken, he lost his powers--passed them to Jason, gained them again and lost them permanently at the hands of Goldar. Tommy went on to be considered 'the best' and is the only ranger to don four different colors.

Posted by Lavender Ranger at 2:00 PM