Abaranger was about a warrior and villains from a parallel dimension where all the dinosaurs went and evolved into the Bakuryuu. Three ordinary humans were chosen by the Bakuryuu to fight and the Bakuryuu spoke. On Power Rangers Dino Thunder, Tommy recruited three high school students with the Dino Gems to fight Messogog, who wanted to bring the pre-historic age back. 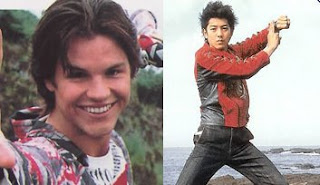 Connor McKnight (Red Ranger/Triassic Ranger) / Ryouga Hakua (Abared/Abaremax)
Ryouga always saw the bright side of the situation and even though a bit of a pushover, he got the job done. Unfortunately, Connor wasn't loved by fans. He was arrogant, ignorant, sexist, and loud mouth ethnocentric jock. Disney stressed they have other abilities other than when they were Rangers, so he had super quick speed. They both had a power-up: Abaremax/Triassic Ranger. 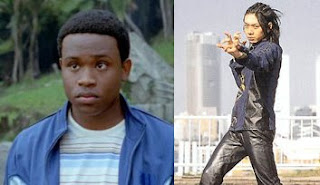 Ethan James / Yukito Sanjyou (AbareBlue)
Yukito was a cold and sly Chiropractor. Ethan was completely different, he is into computers and is a bit geeky, he even had a bully problem. He is also charismatic and more fun-loving than Yukito. Ethan had the ability to have strong arms. 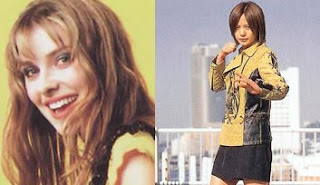 Kira Ford / Ranru Itsuki (AbareYellow)
Ranru knows alot about mechanics and bomb technology and had a German motorcycle. Kira is an aspiring singer among the lines of Avril Lavigne or Ashley Simpson. Kira also had a thing for Trent, reminding Tommy of him and Kim. She was also sarcastic and a bit more open to things Ethan liked. Kira had the redundant screeching ability. 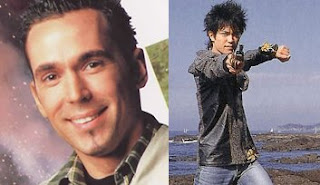 DR. Tommy Oliver / Asuka (AbareBlack)
Both were very different. Asuka was from another dimension. Tommy was a bit retconned, in which he became a doctor and archaeologist. He was tied in with the plot, in which he used to work for Dr. Mercer and lead to creating the technology Mercer's alter-ego Messogog's evil. Tommy was the kid's high school science teacher and wore glasses and was much more 'come on guys this is educational' and serious. Asuka, was unaware of our world and was a fish out of water, also a serious warrior. He had to deal with that his former love was the enemy and his daughter was also brainwashed (his seed was used in a rape by the main villain). Tommy could become invisible and was once stuck in amber, then in his ranger uniform, and then invisible for a while. 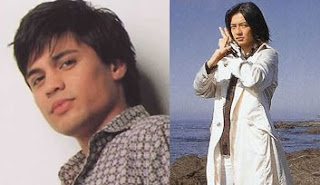 Trent Fernandez (White Dino Ranger) / Mikoto (Abare Killer)
Mikoto was psycho and much more serious than the Power Rangers counterpart, since his name was 'Killer.' He lead the villains for a while and even had a romantic link with Asuka's daughter, who was grown into a woman. Mikoto joined the team near the end and then died. Trent was way more watered down, a normal well-meaning artistic kid. He was brainwashed into being evil for a while by the White Dino Gem. Trent could camouflage himself into any environment. He was turned good and joined the team. Because of the footage of Killer, they made a 'evil clone' of the White Ranger to excuse the footage.

Posted by Lavender Ranger at 11:27 AM